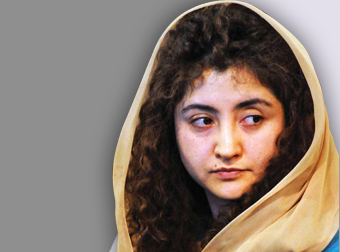 Farkhunda Zahra Naderi is a former MP represented Kabul from 2010 to Jun 2015 in Afghan Parliament.

At university, after conducting research on the study of women’s role within Afghan power, she was convinced the absence of Afghan women in the Supreme Court was the real challenge for the symbolic presence of women in Afghan politics. Thus, in her parliamentary campaign, Naderi promised to fight for women’s participation in that position.

Naderi succeeded to break this “taboo” by raising her voice in the Parliament, working both with civil society and political groups from national to international level, in order to achieve her goal. Eventually, for the first time in the history of Afghanistan, a woman was introduced in the Supreme Court by President Ghani in NUG.

In 2013, she won a seat for Afghanistan in the Democracy and Human Rights Committee of IPU, where she was soon elected as the President. Moreover, in 2016, Naderi was selected as a YGL by the World Economic Forum.

From December 2016 to November 2018, Naderi worked as the Senior Advisor to the President of Afghanistan on UN Affairs. In this position, Naderi drafted the “One UN” document, a document that directs the activities of the 28 UN agencies present in Afghanistan in a more coordinated, effective and sustainable manner, along with Afghan ownership of programs. Furthermore, Naderi opened the door of Arg, the Presidential Palace, to the general public and especially to the youth by establishing Arg and Citizen Debate, Citizen Wall – which emphasises the power of Citizens in castles where all the walls are dominated by kings and presidents’ pictures – and civil society dialogues.

Naderi commenced her primary and secondary education in Afghanistan and completed her baccalaureate in 2001 in the UK. In 2007, Naderi graduated from BA in Legal Studies from Westminster International University in Tashkent.