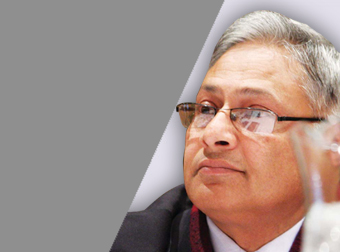 Sadhu has played an important leadership role in bringing about Nepal’s National Action Plan (NAP) on the United Nations Security Council Resolutions 1325 and 1820, making Nepal the first country in South Asia to nationalise and operationalise these provisions.

His commitment to this agenda and public effort to promote the NAP is widely recognised by all stakeholders in Nepal. Sadhu has long-standing ties with the Government of Nepal, dating back to 1987 as a Section Officer for International Law & Treaty Division and Legislative Drafting Division at Ministry of Law and Justice. He has over 13 years of valuable experience serving the people of Nepal through its government.

Furthermore, he has also worked as a consultant to a variety of non-governmental, governmental and inter-governmental organisations on various issues. For instance, he has been involved in the drafting and reviewing of different legislations and by-laws, multilateral treaties and agreements, ordinance arbitration and peacebuilding, decentralisation and conflict management processes. His commitment and support for equality and women’s empowerment run through all of his work and personal efforts.

Sadhu has worked as the Executive Director for the Nepal Peace Trust Fund, where he managed the fund to achieve sustainable peace while monitoring the progress of the peace projects. He has also served as the Joint Secretary of the Ministry of Culture, Tourism and Civil Aviation, and is currently working as a training chief at the Judicial Service Training Centre. Currently, he serves as Senior Joint Secretary of the Ministry of Law and Justice, and has been appointed in High Court Judge of Nepal and deputed to Patan High Court with the recommendation of Judicial Council. He has served as High Court Judge, in the province No. 1 in Biratnagar, since 2017.