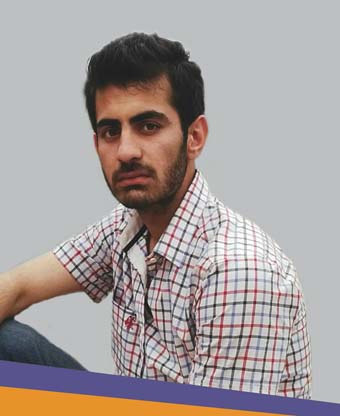 Rahmatullah Noorzai was born in the Helmand Province and grew up in the Herat province, Afghanistan. From a young age, he became acutely aware of the insecurity and displacement of his people during tumultuous periods in the country and was motivated to take action through education.

After graduating with a Law and Political Science degree, Rahmatullah became Provincial Chief of the Ashna International Youth Forum in Herat. Through this role, he was able to identify the province’s most vulnerable areas and determine that for poverty to end and for prosperity and peace to flourish, educational facilities were urgently needed.

In 2010, Rahmatullah founded an educational institute to provide free education for both adults and children in the region. For those that were unable to pay for training, courses, and classes, attending Rahmatullah’s institute meant that children could continue their education after being displaced, and adults could learn and develop new skills.

Rahmatullah has run specific workshops and courses for the women in the province, helping to educate them on their fundamental human rights, and raising awareness of violence against women. He has now educated over 1350 students in Herat at his institute. Moreover, he has contributed to many TV campaigns for peace and has publicly advocated against gender-based violence.

Rahmatullah holds a Master Degree in International Law and has become Dean of the Law and Political Science faculty in ASHNA and PAYAM Universities at Kabul, Afghanistan.

Recently he started a new job at the administrative office of the President as Civic Protests Management Expert. Rahmatullah Noorzai is a Youth Leader of Afghanistan.