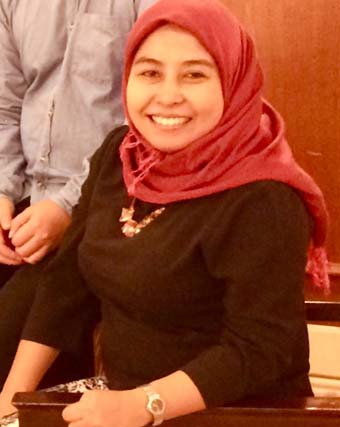 Since getting involved with women’s rights activism at university, Ruby Khalifah has been a trailblazer in her community in Indonesia. Her increased understanding of the systemic and structural issues faced by rape victims and women affected by abuse and violence motivated her to be a voice for the voiceless.

After her experience in activism at university, Ruby began working with the Asian Muslim Action Network (AMAN). AMAN, a grassroots network that advocates for progression in the interfaith community, works for the development of leadership skills for women, organising communities and advocacy, and campaigning for improved rights for minority groups.

After achieving a Master’s Degree in Health and Social Sciences, Ruby initiated the Women’s School for Peace – AMAN’s flagship programme – in which “women will gain knowledge and skills in gender perspectives, peacebuilding, conflict analysis, the role of women in peace through global experiences, interfaith perspectives on peace, community organising, and advocacy.” This model of peace education has spread to 20 communities in seven provinces throughout Indonesia.

Ruby was the Asia Development Fellow in 2014 and was listed as the 23rd of the most inspiring women by Salt Magazine in 2015. She currently works as AMAN’s Country Representative for Indonesia.