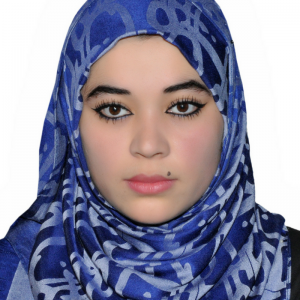 Sayeeda Muradi was born in one of Afghanistan’s more remote provinces called Faryab. During the 1990s Afghan Civil War, one of the front lines between Taliban and opposition forces often fell between the Badghis and Faryab provinces. Today, on-the-ground conflict between Afghan National Army and armed militants is still commonplace.

As a result of her early experiences of conflict, Sayeeda developed big dreams to make her province and country more peaceful. To help fulfill this dream, she attended high-school defying the Taliban who had banned girls from doing so.

She went on to study law and political science at Balkh University. Here, she participated in conferences and wrote articles that opened her up to many of the insecurities prevalent in her province, including violence against women. Through her academic successes, she slowly gained the support of her more conservative friends and relatives to start a career in peace-building.

After she graduated, she started working for the Afghan Women’s Skills Development Centre (AWSDC). Established in 1999, this NGO currently has four provincial offices, and aims to reduce the violence experienced by Afghan women and children through the promotion of peace and the initiation of rehabilitation and development oriented projects. The  organisation reaches the most vulnerable populations in both the remote and urban areas of Afghanistan.

She has been here for the last three years as a provincial manager, and is responsible for a peace-building project focusing on mainstreaming peace Shuras – a project funded by Norwegian Church Aid.

‘Shura’ is an Arabic word for ‘consultation’. When communication breaks down, peace Shuras provide mediation between families, tribes, and communities at the district level to arrive at a settlement without the need of legal system intervention. This does much to ensure that conflict is avoided.

The Shuras in Sayeeda’s project are run by women – the head of each Shura is a woman, and collaboration between women and men peace Shura members is of vital importance. Women peace Shura members have a stronger presence in the community at a family level, and are more able to help solve issues like domestic violence or inheritance. They are also able to focus on supporting other women – something male members may find more challenging as a result of the gendered social customs in Afghanistan. This project covers 120 communities from seven districts, and there are 280 peace Shura women mediators, and 105 men encompassing religious leaders, youth, and civil society members. AWSDC also coordinates men-only training sessions and capacity building on peace and conflict resolution to teach men about preventing gender-based violence, the important role women play in peace-building. 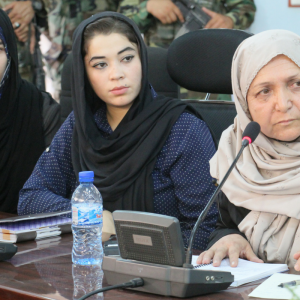 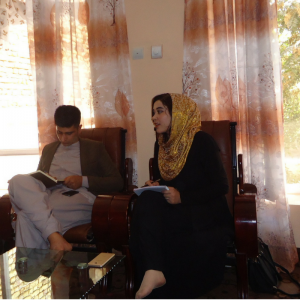 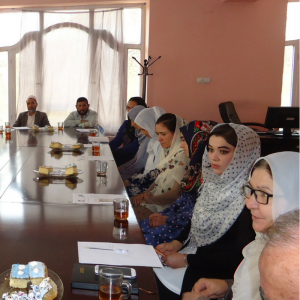