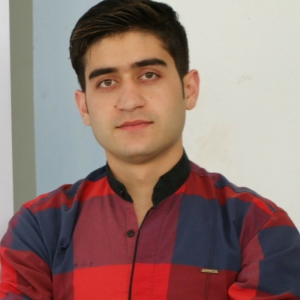 Sharif is passionate about promoting women’s right to an education and to be heard. He was born and raised in a rural village in Afghanistan where education was often considered an afterthought against the threat of violence. His family is an ordinary Afghan family who encountered hardships in the past through war and armed conflict, and while they never migrated to another country, he remembers the experience of fleeing from one region to another to find safety.

Education is a big part of Sharif’s life. He is a young university lecturer, and the Debate Program Director of the Afghanistan Youths Civic Engagement and Educational Organization (AYCEEO). AYCEEO is a grass-roots, not-for-profit organisation co-founded three years ago with a group of young debaters hoping to promote respectful conversations among youths. Arguably, one of the best ways to prevent extremism, violence and inequalities is to educate the next generation. By opening up spaces for discussions, the new generation of policy-makers and community leaders will be equipped with the tools to create a more just society in the future.

A pillar of AYCEEO’s work – ‘Debate and Civic Activism’ – focuses on deterring social intolerance and violent extremism through organising debate programs among youth, and civic education progr-ams for more engaged and informed citizenship. Sharif has led key debate programmes for AYCEEO from inception to on-the-ground implementation by bringing together youths to debate different topics aimed at improving their soft skills. He believes that debate is the best tool to promote conflict resolution, empower women to be more engaged in civic activities, and prevent violence in communities.

Sharif recently organised the first ever ‘Female Debate Round’ in Herat province of Afghanistan, where debaters discussed how women’s civic engagement can lead to a democratic and non-violent society.

“Most of the women here in Afghanistan are considered second-class citizens. To change gender inequalities, we need to work together with young men and women,” he says. “Gender equality is important because women make up half the population. Men have a more dominant role in decision-making in both society and in the family. Just by encouraging their sons and daughters to go to school and become more informed citizens will do significant things for gender equality, and also for the whole world.”

Gender equality is often considered a ‘women’s problem’ – a battle to be fought by women for women. But today, it is ever-increasingly recognised as the responsibility of all individuals in society to ensure that human rights are respected. Sharif is right; if anything, men’s privileged position in patriarchal societies makes it incredibly important for them to support and thereby accelerate gender equality mainstreaming, especially when it comes to national policy and peacebuilding efforts. So far, Sharif’s programmes have reached out to more than 1000 youths in Kabul and wider provinces, helping them grow into better drivers of social change and inspire local movements.

He believes that educating and empowering women is the key to building resistance within Afghanistan to discrimination, ignorance, and inequality. With this in mind, Sharif approached his university Directorate board to suggest a ‘volunteer-based education’ policy for women without the financial means to pursue higher education. In exchange for attending the university, they work for free for the institution, thereby opening up educational opportunities for underprivileged women. 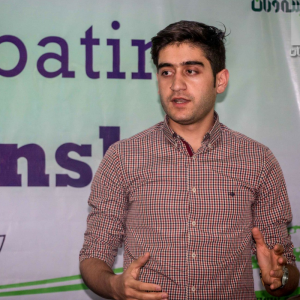 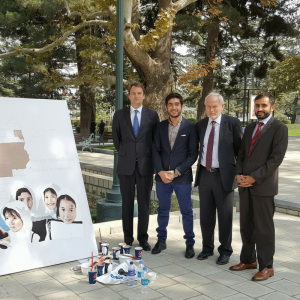 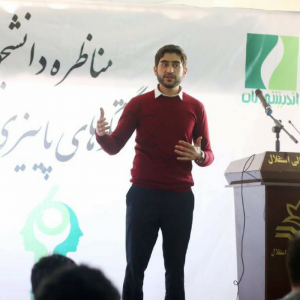