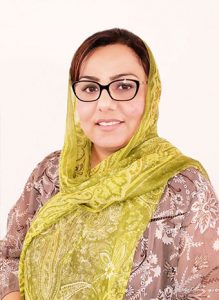 Mary Akrami and her organization the Afghan Women Skills Development Center (AWSDC) has become known for establishing the first ever shelter for women at risk of violence in Afghanistan in 2003.

She decided to establish a safe house for victims of domestic and sexual violence after realising that it was women, not perpetrators, who were being persecuted for crimes the committed against them. She later established peace councils, also known as ‘shuras’, which are currently the only platform available for women to actively participate in peacebuilding at the local level.

She is known for having represented Afghanistan in the 2001 Bonn Conference for Civil Society. Mary’s work on women’s rights has internationally recognized – she received the 2007 International Women of Courage Award and was listed as one of 2016’s most inspirations and influential women on the BBC Hundred Women list.