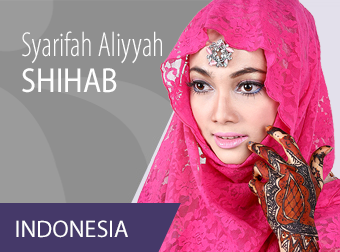 Syarifah now operates the organisation’s programme ‘Your Talent Success’, which is a talent coaching initiative for teenagers from poor and remote regions of Indonesia. The aim of the organisation is to provide the youth involved with alternative opportunities, to discourage them from being influenced by fundamentalist and extremist opportunities.
Since 2007, the organisation has reached out to over 1.5 million teenagers in Indonesia. The Foundation has also started counselling and support programmes, through which young people can receive guidance by phone and social media chat services.

Syarifah’s contribution to the creation of an anti-terrorism mentality among youth in Indonesia has been recognised internationally. She has received 5 national awards including the Young Caring Professionals Award in 2012, the Inspiring Women 2013 by Nova Magazine, and the Lupus Achievement Award in 2014 by the Lupus Foundation.