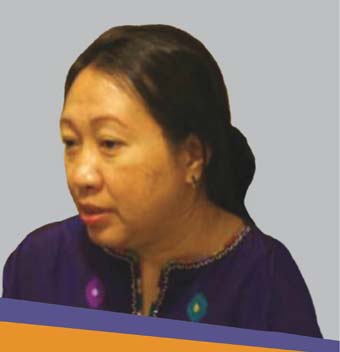 Ja Nan Lahtaw is an ethnic Kachin advocate for peacebuilding and stability in Myanmar. Having grown up in Myanmar, Ja Nan became passionate about involving women in governmental peace processes and allowing their opinions to be voiced on political and social matters.

Ja Nan became the Executive Director of the Nyein Foundation, a peacebuilding organisation founded in 2000 by Dr. Saboi Jum. Originally a small local organisation, the foundation has flourished into a national NGO that operates countrywide. For Ja Nan, the Foundation is a key tool in ensuring there are dialogues between the government and ethnic armed organizations not only to promote peace but also to bolster women’s standing in local society. She states, “Women need to take part in every stage [of the peace process] – not only at the key decision-making level but as key players and supporters in general”.