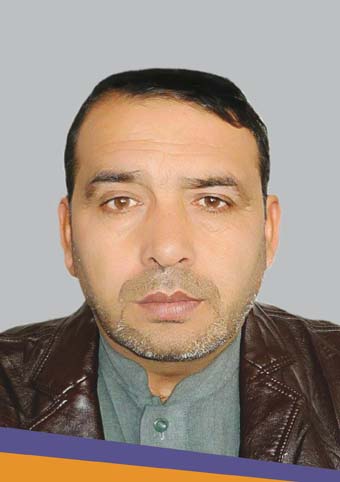 Rahmat Ullah Rahimi is an advocate for peace, education, and girls’ rights in Pakistan. In 1979, Rahmat moved from Afghanistan, where he was brought up, to Pakistan, where he and his family lived in an Afghan refugee camp. He became acutely aware of the relationship between poverty and lack of formal education for young girls, exemplified by the fact that, from 1983-2000, there were no educational facilities for girls at the camp.

Rahmat started teaching at a primary school in the camp but then decided to start a school for girls in the vicinity, which he built by himself with materials he could find nearby. His aim was to not only educate the girls, but also to discourage early marriage in households, and enable young women to have a brighter future when they left the camp.

For years he was given little to no support from the community in the camp and was challenged for over five years by the nearby residents. However, thanks to the help of two Quakers, who agreed to work with him to establish a bigger school, he was able to raise more funds and in 2002 open a bigger school in the Akora Khattak refugee, now run by the UNHCR, with hundreds of students, the majority girls.

As headmaster, Rahmat has educated over 600 girls and has witnessed first-hand change in society by changing attitudes towards educating girls.