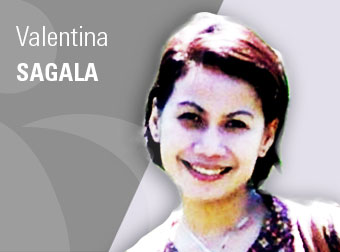 In 1998, Valentina founded the Yayasan Institut Perempuan (Women’s Institute Foundation), the first feminist and independent NGO established in Bandung, in the West Java province. The organisation advocates for laws to promote the protection of women and children monitors policy formulation and law enforcement, provides direct services to women and children survivors of violence, and also runs a school for feminist critical education.

Following this, she finished her law and economic Bachelor’s degree in 2001, and went on to complete her law Master’s degree in 2006, and became a lecturer in Human Rights Law at the law faculty of the Parahyangan Catholic University. She also went on to set up community-based groups to provide services to victims of human trafficking, and then linked rural community-based organisations through the West Java Anti-Trafficking Movement Network.

She has worked with ACILS, ICMC, TdH Netherlands, Plan International, Save the Children, ASHOKA, and Care International, UN agencies (IOM, ILO, WHO, UNICEF, UNIFEM, UNWOMEN, UNFPA, UNDP), and partnership programs between Indonesia and other countries (USAID and AusAID programs).

In 2014, Globe Asia Magazine named her as one of Indonesia’s Women on the Rise – Making Their Name on the Global Stage and in 2015 she was awarded the Australia Awards Fellowship (AAF) and was named a Woman of Peace by the Peace Women Across the Globe (PWAG) Indonesia network. Valentina is also a widely published author, including essays and research publications, books and poetry, and has recently supported PWAG in their book The Black Umbrella, a compilation of stories written by Indonesian women’s victims of political and military oppression.