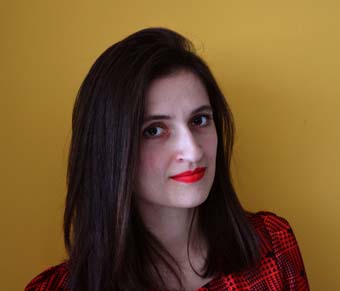 Aliya grew up in the remote Chitral province of Pakistan where she faced persecution and discrimination both as part of the Ismaili minority and as a woman. As a teenager, she was often discriminated and so she developed hatred for other faith communities and countries, particularly India. In 2011, while attending an exchange programme in the United States, she fell seriously ill; it was while she was in hospital in Alabama where she was tended to by both Pakistani and Indian staff that her pre-established negative perception of India shifted. She completed her postgraduate degree in International Relations from Quaid-i-Azam University, Islamabad, and was inspired by her experience to actively promote peace between two nations with deeply ingrained and long-standing disagreements and resulting conflict.

While promoting her Indo-Pak-Afghan Painting for Peace event on social media, she met Devika Mittal from India. Having discussed the cultural and political issues of the two countries, Aliya and Devika decided to co-found Aaghaz-e-Dozi. The name of this Indo-Pakistani initiative translates as “Beginning of Friendship”. The project works through interactive sessions in schools and colleges, connecting a school in India with a school in Pakistan to promote peace and understanding at classroom level. The project also runs an eight-week virtual peacebuilding programme called “Friends Beyond Borders”. Moreover, Aliya has taken part in several Indian-Pakistan Track-II dialogues to bring change and new narratives in India-Pakistan relations. She has also advocated for sustainable peace in the South Asian region through investments in citizen-diplomacy and the solution of the Kashmir issue.

After leaving Aaghaz-e-Dozi in May 2017, Aliya became a Youth Ambassador of Change for the Global Youth Peace Festival (GYPF) based in India, annually leading delegations of young Pakistanis to the festival. The project’s objectives are to “promote peace, equality and living in harmony with nature, [and] provide challenging intercultural learning experiences for your people”. Aliya is the Programs Officer for Justice, Aid, and Development Foundation for GYPF, and advocates for a world where young people are empowered, regardless of their background, ethnicity, or gender.