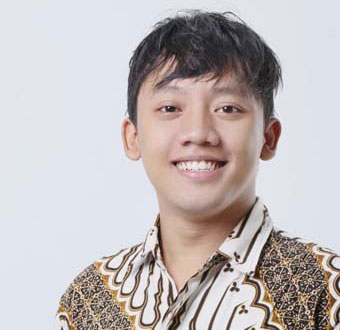 Rizky Ashar Murdiono grew up on the streets of Surabaya, Indonesia. He sought out a decent education for himself in Computer Science and Information Technology, as he believed it was the best way to progress and implement change for others. Rizky’s familiarity with the constraints facing the poor and marginalized youth drove him to community service at a very young age. “My biggest motivation to help the poor and marginalized youth and others”, he says, “was my father’s advice. He said, ‘Even if you don’t have money and you are poor yourself, you still can help people’. I really want to help others. We live to help others.”

In June 2016, Rizky co-founded the 2030 Youth Force Indonesia initiative which seeks to engage young people in the implementation of SDGs by “strengthening [their] capacities to participate in decision-making”. He also is an ASEAN MY World 2030 advocate, currently working as a Program Associate for youth engagement in SDGs implementation at UNFPA. Rizky also joined the Brawijaya University, Study and Service Centre for Disabilities as a sign language interpreter and to provide mentoring and peer-education for those with severe disabilities. Additionally, he has been elected onto the youth advisory panel of the United Nations Population Fund (UNFPA).

For Rizky, the promotion of peace and rights awareness rests on an understanding of sexuality and reproductive independence, LGBT rights, and disability acceptance.