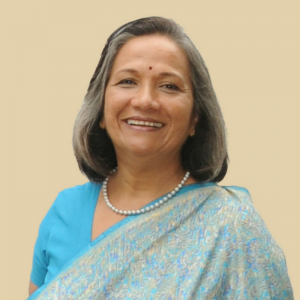 At the end of the Sri Lankan civil war in May 2009 – a conflict that raged between the Sri Lankan government and the militant organisation Tamil Tigers for a total of 26 years – Bernadine Anderson was one of the first people called upon to rehabilitate child soldiers.

“When we first met these children, they were lined up next to a wall and you could feel them wishing the wall would move further away from us,” recalls Bernadine. “The mistrust in the air was so thick you could almost touch it. Many of the orphans felt that joining a rebel group was the only option to ensure their survival. I remember we needed to give them haircuts because their hair was so matted. There was a girl who screamed and screamed when we tried. We soon learned that one of the first things that happened when they were recruited by the rebel groups was that they had their hair forcefully cut with a knife. They had blade mark scars on the back of their necks. Something as basic as a haircut had become a traumatic experience for them.”

Bernadine founded La Petite Fleur School in 1993, and along with her team of teachers, supported rehab-ilitation efforts by engaging with these young former Tamil Tigers. The school is part of Bridge2Peace (B2P) – her most influential contribution to her mission of peace through education in Sri Lanka. B2P is a non-profit NGO that provided an immediate response to the 2004 tsunami that devastated the country.

Through B2P, she also founded the first ‘Early Education House of Children’ in Lunugamvehera, and reached out to underprivileged farming communities to bring them support. This programme, named the ‘Alpha Project’, was recognised internationally as one of the most successful rehabilitation programmes for former combatants, and has since been promoted as a blueprint for other organisations.

Building trust and creating an accepting, tolerant environment is at the heart of La Petite Fleur School which is grounded in the principles of Montessori. This is child-first concept that supports the view of the child as one who is naturally eager for knowledge and capable of initiating learning in a supportive, thoughtfully prepared environment. It is an approach that values the development of the whole child—physical, social, emotional, cognitive.

Bernadine truly believes that learning goes beyond the formal constraints of the traditional classroom. From watching the goings on at a busy food market, to a conversation at the dinner table, to taking a walk in nature – each of these environments has the capacity to educate if presented with the right lens. This was an approach she felt would benefit not only child combatants, but was the kind of education she wished for her own two daughters, having herself grown up in rural Sri Lanka, and experienced the difficulties that children in remote areas face gaining access to holistic education. Bernadine has also undertaken many training programmes for teachers in war-devastated areas, focusing on initiating peace for early educators in the north of the country. Teachers can be instrumental drivers of social change, and they have the power to instill a sense of tolerance and understanding. 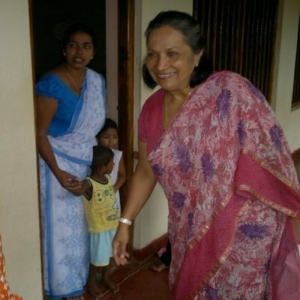 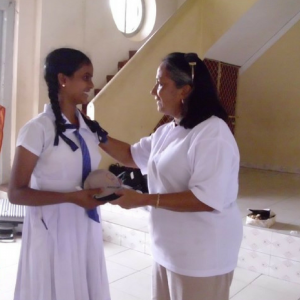