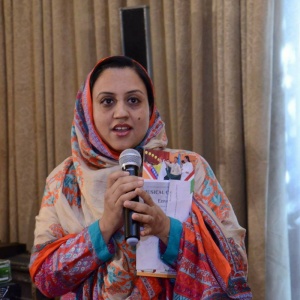 “Academia can play a huge role in mitigating peace and altering the perception of conflict. The ways in which different cultures perceive each other forms the complex structure of international relations. Academia helps students to think outside of the box, provides the impetus to improve their critical thinking, has the power to influence them with ideas, and melds their views in ways that can be fruitful for the community,” says Farhat Asif.

Academia has clearly had a big influence on Farhat’s life too. Born and raised in a marginalised region of Kashmir, Pakistan, Farhat has lived a life very much affected by conflict.

“At the core of everything I do is the desire to establish collaborative thinking to arrive at solutions that are inclusive, and that positively affect women in conflict zones,” she says. “When I was young, my father was a political activist and lawyer. He was good at forming networks and connections with a vision towards education, peace and harmony. A lot of what I’ve been doing has been as a result of the  encouragement of my father. Despite struggling with ill health, he has told me to fight life’s odds with my head held high. Challenges are not ones to cry about but to build yourself up from. I later moved to the University of Pakistan and created my own network; I had inherited his ability to collaborate well with people to fulfill common objectives.”

Now, Farhat has 15 years experience in the social development sector, and has been using her ability to bring people together to encourage dialogues between academics, government officials, and development agencies to improve understanding of peace and the role women play in peace-building. In 2008, she founded an opinion-based, multilingual academic publication, The Diplomatic Insight’ The theme of this publication is ‘Peace Through Informed Dialogue’, and it has provided a platform for people from different nationalities, cultures, and languages to express themselves, and develop an understanding of one another.

The publication has representatives in 12 countries and has signed agreements of cooperation with ten different language speaking countries. Through the magazine’s influence, she has organised conferences, workshops, and training for youths to connect with policy makers, and help develop inclusive strategies about conflict resolution, peace-building, and development. In 2014, she founded the Institute of Peace and Diplomatic Studies – an independent, non-government, non-profit think tank that aims to cultivate global peace through knowledge sharing and research, analysis and policy development in the areas of peace, conflict, sustainable development, and diplomatic studies.

She hopes for the institute to become the leading institute for peace in Pakistan, as no publicly owned, peace-lead, citizen-lead places to learn about peace, diplomacy, journalism, conflict, and women, peace, and security currently exist in her country. 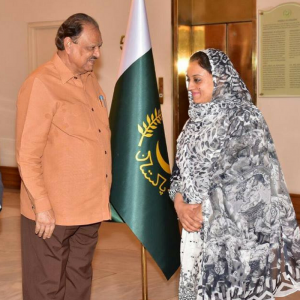 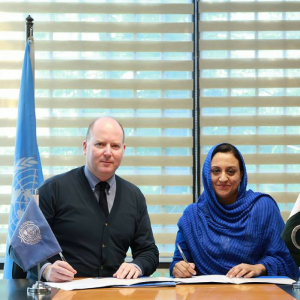 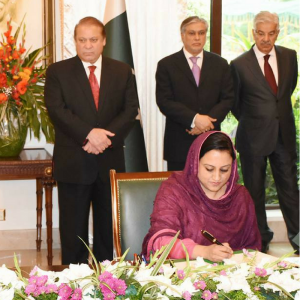