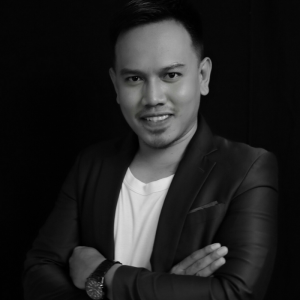 The multi-layered social identity of Indonesia reflects the structure of the nation; an archipelago consisting of thousands of volcanic islands, each the home of different ethnic communities speaking different languages. This cultural miscellany makes this nation so unique, and yet difference can also be a double-edged sword.

Over the years, conflicts have arisen due to the difficulty for some groups to accept and live peacefully alongside different communities. The Poso riots in Central Sulewesi that occurred at the turn of the millennium – a conflict between groups of Muslims and Christians – as well as ten years of communal conflict in Indonesia had a profound effect on Gunawan.

The child of an interfaith relationship – his father Christian, his mother Muslim – he occupied a grey space between two conflicting communities and therefore experienced social and religious prejudice from both sides. The strain of judgement was a contributing factor toward his parents’ decision to separate. Inter-faith disagreement is therefore something that Gunawan experienced on a deeply personal level; “When I was a child, I could not understand why people were killing each other just because of religious differences,” he recalls.

The communal conflict made decent education for youths difficult to come by, which, with an added lack of economic opportunities, drove many youths towards violent groups. Determined instead to be a positive actor of change, in 2007, Gunawan became part of a local organisation called ‘Kreasi Muda Youth Centre’ – an initiative that promoted peace among youth in Poso through culture, creativity, and sport.

In 2010, he was given the opportunity to join a five-month ‘School of Peace’  course organised by the Interfaith Cooperation Forum (ICF) in India, after which he joined the ICF movement as peace trainer in Cambodia, Thailand, Nepal, and Japan. He then joined a local Indonesian NGO called the ‘Women and Children Care Community’. As a field coordinator, he helped develop the youth creativity house ‘Banua Ananggodi’ which advocated greater understanding about violence against women and children.

Importantly, he then went on to found the Sikola Mombine programme with three friends: an independent educational Institution for women in central Sulawesi that provides training and leadership skills.

In the first three months of the programme, the women in Poso (aged between 18 and 45) undergo leadership capability training to build their confidence and enable them to take more prominent roles in both village decision-making and the correlating peace-building process. Following this, the programme offers an opportunity for women to develop their expertise in specific topics of interest.

These include economic enterprises, which are encouraged as a way for women affected by conflict to gain financial stability. Poso is a forested area, with many relying on the land for their survival; training sessions on how to ensure their natural resources remain sustainable are very much valued. There are currently 30 learning centres in Central Sulawesi which have trained around 500 women to be actors for change in their communities. About 25 women have engaged in grassroots advocacy for gender equality, addressing violence against women and children, and promoting basic social rights for women in their villages.

“Women’s position in Poso tends to be one built around a sense of community dialogue through shared domestic activities like washing in the river, or trading in the market. We have to understand how powerful women are in every segment of life, and we have a duty to ensure they believe in them-selves. Even though these women have experienced numerous forms of violence and poverty, my dream is to see them be independent, and voice out their political rights in parliament,” says Gunawan.

In his spare time, he shares his love of reading as a literacy campaigner with the volunteer project ‘Komunitas Poso Babaca’ which he also founded with a group of friends in 2014. They transport cardboard box libraries to remote areas, making use of a network of 35 active young volunteers. These little mobile learning centres have reached 10 villages, benefiting more than 750 children in Poso.

“Equal access to education is still one of the greatest development challenges in Indonesia,” he asserts. “We need to provide more spaces for people to acquire education in both formal and informal ways. This N-Peace award is not an award for me but for every person I have met on my journey who has supported this cause.” 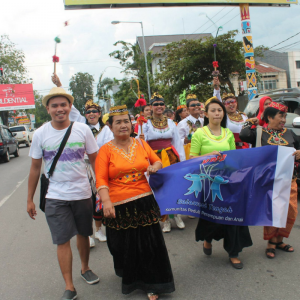 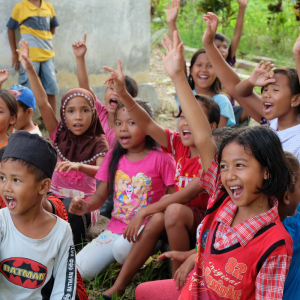 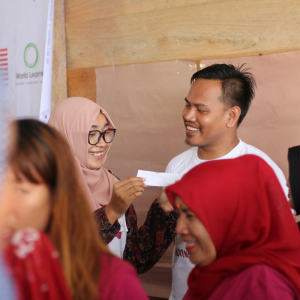