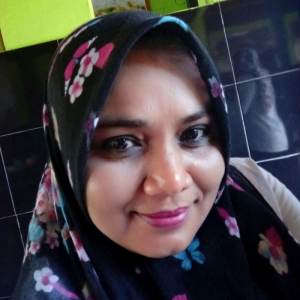 Rahmatan’s life is one shaped by socio-political conflict and the ensuing humanitarian response. The situation in Ache, Indonesia has been complex and turbulent. Located at the northern end of Sumatra, Aceh has a history of political independence, including from the Indonesian central government.

The Free Aceh Movement (GAM) was a significant separatist group throughout the second half of the last century which fought against Indonesian government forces in the Aceh insurgency. Over 15,000 lives are believed to have been lost in the process.

During this conflict, Rahmatan, then a college student, became actively engaged in humanitarian aid, collecting data and distributing supplies to refugee camps in North Aceh, South Aceh, and Pidie. On her motorbike, Rahmatan knew could reach those women furthest away from help. She drove to remote places in the district to gain information and an understanding of what was needed. Haunted by what she saw at the refugee camps, from 1999 to 2004, she advocated for cases of human rights abuses in Aceh and the transfer of political prisoners to several detainment centres in Java.

“The situation in these detention camps was very inhumane,”  she tells. “Violence, rape, even murder happened without sanctions. I felt that maybe if I were with them, I could share the burden of their fate with them. The catastrophe they suffered could also have happened to me. I didn’t see any difference between them and myself.”

In 2006, she joined Aceh Women’s League (LINA), an organisation that hopes to politically empower Acehnese women and to provide them with the support to emerge as leaders from the grassroots level. LINA’s programmes focus on three areas: increasing women’s political participation, promoting women’s social welfare, and contributing to the national and international dialogue around the role of women in peace-building and post-conflict societies. She worked with former women combatants and victims of conflict to develop their computer literacy and English language lessons, and managed to help LINA expanded its outreach province-wide.

Rahmatan is vocal about women’s empowerment, particularly for former women combatants, through social and political education and their full reintegration into a peaceful society. “Programmes for women need to have a balance between economic and political activities, because women also need the power of bargaining value in politics,” she says.

Currently, Rahmatan investigates and handles legal cases of violence against women and children. She is also a counsellor, assisting women and child survivors for the Integrated Service Centre for Women and Child’s Protection. She deals with issues ranging from domestic violence, to sexual violence, to trafficking. “Based on my experiences in the field, I see over and over how many survivors don’t understand their rights, nor how to overcome the mental burdens that they suffer from. Counselling is the first step to recovery,” she says. 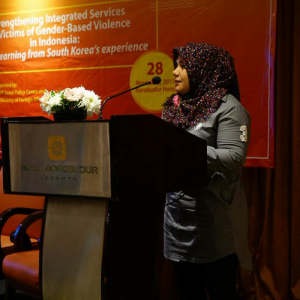 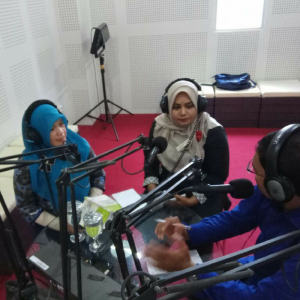 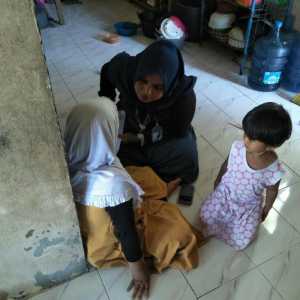