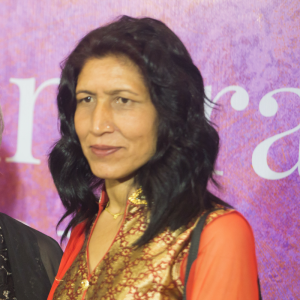 “There was a woman in our village whose husband had gone abroad for work. At that time, women were prohibited from ploughing the land with a hoe, so she asked her neighbour for help. The people of our village accused her of being unfaithful to her husband and engaging in sexual relations with her neighbour, even though she was innocent. One day, all the villagers gathered and completely stripped the woman of her clothes and beat her.”

Srijana Karki was in sixth-grade at the time, but the memory feels fresh.

The deep sense of injustice she felt while watching these events unfold had an immense impact on her. As a result of the Nepali civil war, the recent earthquakes that destroyed much of the country’s infrastructure, and the general persistence of gender roles in society, gender-based violence is one of the country’s biggest social issues. 48 per cent of Nepali women report to have experienced violence at some point in their lives, and 41 per cent of women aged between 20-24 were married before their 18th birthday.

“Taken out of school and often placed in isolating, vulnerable situations, these child brides grow up without education and thus without a means to gain future financial independence,” says Srijana.

“They can be subjected to physical, sexual, and psychological violence. It can be difficult to get a divorce in Nepal; although legal changes have made it possible for a woman to divorce her husband and keep some of her property, or gain custody rights to her children, these court cases tend to be lengthy and expensive. Furthermore, the social stigma against divorced women means that many women are afraid of being ostracised from their communities, and would rather endure years of abuse than leave their husbands.”

Born in the rural province of Dolakha, Srijana was unable to complete her schooling as a teenager because of financial constraints, and because women’s education is not often prioritised in rural Nepal. This has not stopped her. For the last sixteen years, Srijana has successfully worked in advocating gender-based violence prevention and response in the various villages around her home. She is currently a District Alliance Women’s Human Rights Defender. As a leading social activist, she raises issues affecting vulnerable women and children to provide shelter, advocacy, and legal rights and other protection services for survivors of gender-based violence.

In 2013, she set up ‘Aawaj Nepal’, an NGO affiliated with the Social Welfare Council that provides services for women and children who have been excluded from access to services out of fear of reporting. Her first project with Aawaj was setting up a temporary shelter/ transit home to provide a residence for those with nowhere else to turn. Aawaj also conducts training sessions to increase awareness about women’s rights, and highlights domestic violence at national and international policy-making levels so that they can be seriously discussed and solved. Furthermore, Aawaj organises gender-based violence awareness campaigns, and provides legal support, women’s empowerment programs (including English and computer literacy, self-defense, and economic enterprise training), counselling, and reintegration or relocation for survivors. 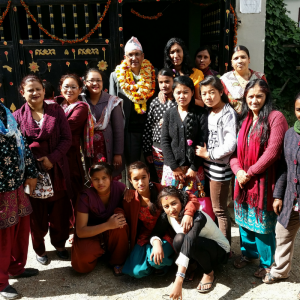 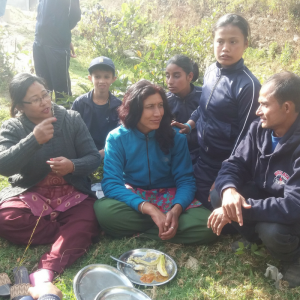 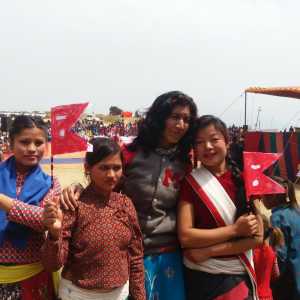