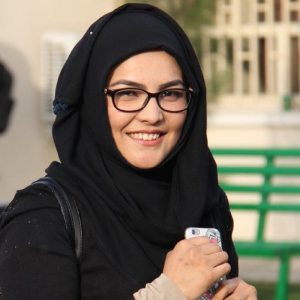 “My laughing has always been a problem. I have been told, “It’s not good for an Afghan girl to laugh so loudly”.”

The right to laugh. The right to self-expression. Suraya Yosufi is passionate about giving the skills of speech to young people born into a society uncomfortable with the idea of loquacious women. She is determined not only to give them a voice, but to promote safe, respectful, and tolerant environments for them to be heard.

Born in Afghanistan and having spent much time in Pakistan – countries known for holding conservative values – she grew up wondering why the female members of her household would be left to do domestic chores, why there were tensions about her going outside alone, and why she had to dress and behave in certain ways. She has always been an outspoken person, and her directness prompted people in her community to tell her, “You are more like a boy than a girl!” Her parents assured her that this was meant as praise, but she saw its backhandedness.

After gaining a five-year scholarship for the American University in Afghanistan, she decided to join the Afghan Debating Society. The debating class is where she found her outlet. Debating creates a safe space apart from the rest of society where views can be voiced and heard, fairly judged, and critiqued. In this environment, Suraya found that tolerance and open-mindedness was encouraged. All arguments must be backed up by facts and take into account religious and cultural differences.

“I didn’t want for people to feel hurt or offended about what I was saying; instead, I wanted to find a way for people to understand my message. I wanted to gain critical thinking skills and to learn to cultivate my voice to get my point across in a reasonable way,” she says.

Motivated by the improvements she saw in her public speaking, she put herself forward for student leadership positions, and was elected as the vice president of AUAF Debate Club, founder, president and secretary of AUAF Speech Club, and treasurer and secretary of AUAF Student Government Association over the course of her time at university. She also represented Afghanistan internationally in competitive debating tournaments in India, Turkey, and Thailand.

But back in the university classroom, she could see how fellow women students she looked up to had no confidence in their voice. In October 2016, she decided to initiate and manage a non-profit volunteer project for high school and university students called the Afghan Girls Debating Project. The aim is to increase the number of female debaters in debate tournaments, clubs, and Afghan debating circles through recruiting 100 new female debaters. With specialised training in critical thinking, rational reasoning, research skills, time management, and teamwork, and by providing a platform for Afghan women to speak their minds freely, more women will be able to compete. Modeled on British and Asian parliamentary debates, no topic is off-limits – although issues that affect women make frequent appearances; sexual violence, domestic abuse, women’s participation in parliament, and the gendered nature of domestic work have all been subjects for scrutiny in the past.

There are a broad range of positive repercussions for society beyond these debates. Women who are persuasive in job interviews, for example, are more likely to be employed. Another important example is that with more women and girls able to present ideas in the public space, there will be more future peace-builders and negotiators keen to put women, peace and security issues on the political agenda.

“I want to help my people and fellow females realise that they can do things; their words mean some-thing, and they should not shy away from voicing them regardless of socio-cultural boundaries. I want to give skills to other women so they can stand up for their rights, no matter how small or big these victories might be,” she urges. 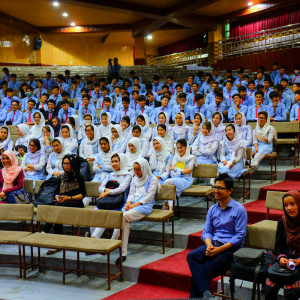 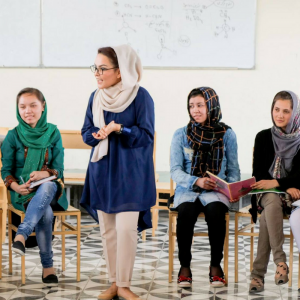 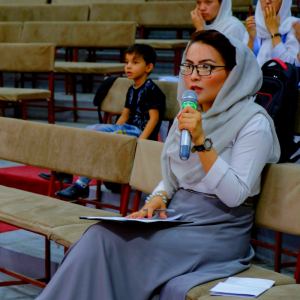