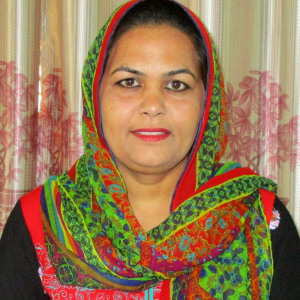 Farhat Sajjad believes that big changes – the kinds that break generational cycles of marginalisation, conflict, and poverty – often start with a small idea. Farhat grew up in a small village in southern Pakistan as the daughter of a labourer, and is the first woman in her family to graduate from college. After witnessing the conflict-induced poverty of her community and how this impacted families, she knew she wanted to help women develop skills to break free from their circumstances.

After hearing of the great need of the people in remote northern Pakistan, she and her husband packed up their possessions and moved to Gilgit Baltistan. She recognised that they were missing a safe place for women to learn skills to help them earn income for their families, and give them a stronger voice in family and community decision-making. Farhat also felt it was important to bring together women from diverse backgrounds to learn from one another and work together.

Along with a small group of friends and colleagues, Farhat co-founded the Shining Light Community Development Organisation (SLCDO) in 2007 – a social welfare organisation that equips communities in remote, northern Pakistan with innovative education, training, and development programmes. “It is not usual for women from different back-grounds to meet and learn together,” she says. “We had to work with families and the community for years to allow their daughters and wives to attend our programs with women from other communities. We have had to build trust. That takes time and good listening skills.”

Initially, she didn’t expect more than a few women to be interested, but ten women enrolled (five Muslims and five Christians). Sat on the floor of her local church storeroom, they learned how to embroider and knit by hand. After a while, a donation lead to the purchase of ten sewing machines. The name of the centre spread and admissions increased. Soon, two storerooms were crowded and a building on the church property was established, capable of facilitating 50 students at a time. Now, 510 students have been trained and have graduated from various districts. The training offered now includes classes on embroidery, knitting, sewing, English, Urdu, hygiene, ethics, and literacy. Upon graduating, students return to their communities and work from home to support their families, either selling sewn goods and handicrafts both locally and abroad, or becoming teachers. Some have even started vocational training centres in their own neighbourhoods. All of them achieve recognition and respect among their families and communities as they rise above oppressive gender stereotypes and actively contribute to society. The programme is now being replicated in other communities within the region.

Where segregation and separation between groups used to drive fear and fuel conflict in the comm-unity, by working and learning together through the Women’s Empowerment Programme, women who wouldn’t ever have connected have built friendships and networks of support and understanding. A small idea to equip women with income-generating skills is now fueling big changes in peace-building.

Farhat serves as the Director of the Women’s Empowerment Programme. In addition to managing day-to-day operations, she also oversees five programme trainers and 50 trainees each year. 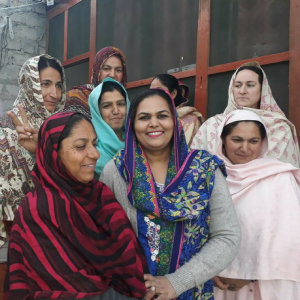 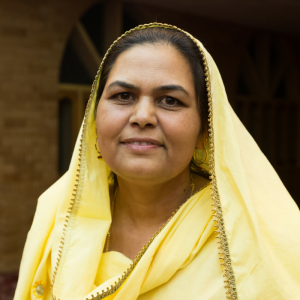 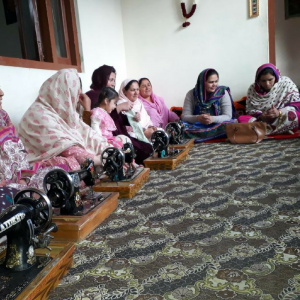